(above) A heron enjoys a morning repast of wild eel.

Lough Neagh, the largest freshwater lake in the British Isles, is a unique landscape, steeped in heritage, folklore, flora and fauna. It is also the oldest lake, pre-glacial in origin. Many tales are related about the formation of Lough Neagh. One of them affirms that Finn MacCool, the Irish giant in a great rage took up a handful of earth and flung it into the Irish Sea where it remains to this day as the Isle of Man. The hollow caused by its removal became the basin of Lough Neagh.

Thomas Moore in his Irish Melodies refers to the persistent legend that Lough Neagh covers a well-built town which it engulfed in days gone by.

‘On Lough Neagh’s banks where the fisherman strays
When the clear cold eve’s declining
He sees the Round Towers of other days
In the waves beneath him shining.’

In the 12th century Giraldus Cambrensis in his Topographia Hiberniae states that the tops of towers, “built after the fashion of the country”, were distinctly visible in calm, clear weather, under the surface of the lake.

The history of the area may be steeped in folklore but Lough Neagh’s most compelling story comes from the wild eel fishery, the largest in Europe, situated on the banks of the Lower Bann.

Lough Neagh has also the largest concentration of the spectacular Great Crested Grebe in Ireland.

Many rare plants have been recorded, the most notable is the beautiful Irish Lady’s Tresses orchid. 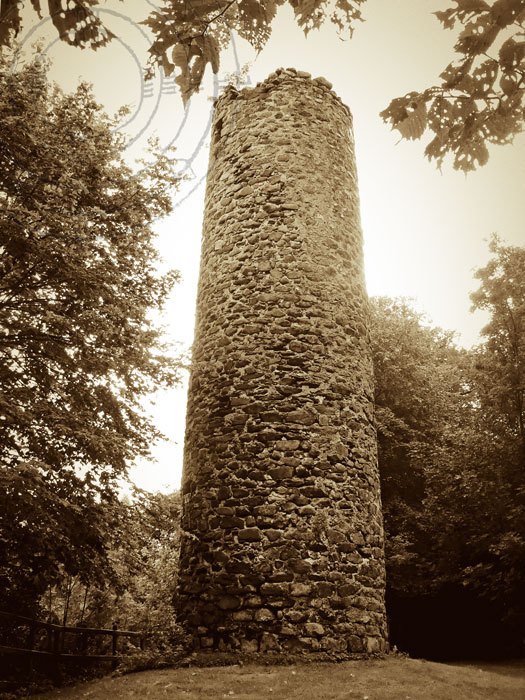 It is only a short ride on the Island Warrier from Sandy Bay to the tree-lined 40-acre stretch of Rams Island. In a clearing stands a splendid round tower, site of the monastic settlement on the island 1000 years ago. It is constructed from rounded stones from the shore. The monks retreated to the top when the island was under threat.