In the palaeolithic caves of southern France the remains of snowy owls have been found, showing signs not of butchery, but preservation.  In the Grotte Chauvet in the Ardèche region, there is a carving of an owl. It seems we have always been entranced by these birds. Harbingers of death, night creatures on eerily silent wings, associated with moonlight and darkness and cries in the churchyard but also bringers of wisdom, sacred to Athena, beautiful and otherworldly. 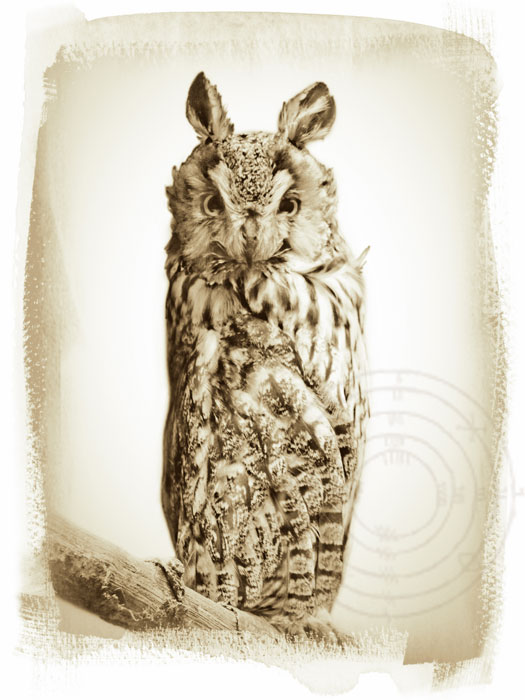 The long-eared owl is a tree-haunting species. It is seldom seen by day, unless encountered by chance as it stands with much attenuated body, close to the trunk of a tree. When facing a threat, it pulls in its plumage, stands up straight, elongating its body to look more imposing.   Its ear tufts resemble ears but only serve a display function. In Ireland it is the most common owl.