Whatever he studies, the future observer of St Kilda will be haunted the rest of his life by the place and tantalised by the impossibility of describing it to those who have not seen it.

The mythical sea-kingdom of St Kilda is an isolated archipelago situated 40 miles west-northwest of North Uist, in the North Atlantic Ocean. It contains the westernmost islands of the Outer Hebrides of Scotland. The largest island is Hirta, whose sea cliffs are the highest in the United Kingdom. St Kilda has Europe’s largest colony of seabirds including gannets, puffins and fulmars. The islands support unique species including the ancient soay sheep, a large wren and a sub-species of mouse which is twice the size of a British fieldmouse. It is an island environment unmatched anywhere in the world. The last inhabitants left in 1930.

St Kilda is the UK’s only dual UNESCO World Heritage site. Its fascination lies in the combination of spectacular natural phenomena linked to the tangible atmosphere of the remains of human settlement. Braving the weather to sail to the ‘islands at the edge of the world’ is the experience of a lifetime. 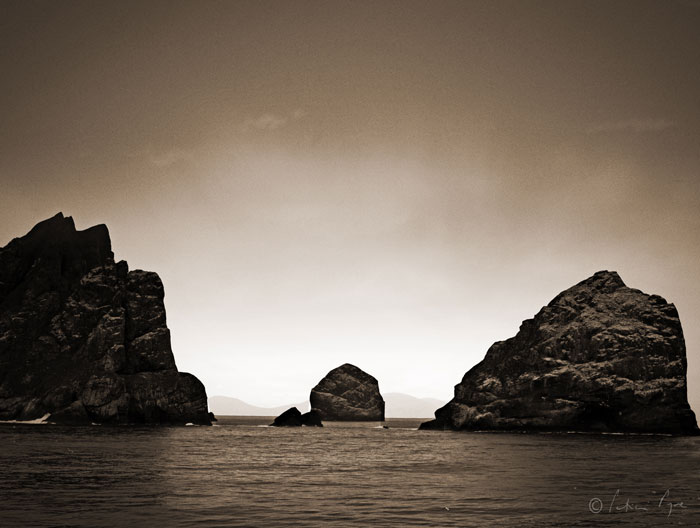 Towards St Kilda with views of Boreray, Stac Lee and Stac an Armin